Sustainability of processes is becoming a strategic priority in many companies. This is due, among other things, to the goals of achieving a carbon-free economy by 2050. These goals are achieved both by decarbonization of all processes (reducing CO2 emissions and switching to carbon-free production, switching to renewable energy sources, increasing the efficiency of processes), as well as more efficient use of available resources – waste recycling, involvement of secondary resources in technological processes.

In particular, in metallurgical production, the use of by-product gases as a secondary resource, in addition to reducing CO2 emissions and natural gas consumption, is economically justified, since it helps to reduce energy costs. This also means increasing the competitiveness of finished products.

Blast furnace, converter, coke oven and ferroalloy gases can be used both for power generation for the needs of metallurgical production, and directly for the technological process. The generated electricity can cover up to 100% of the needs of the plant.

That is what NLMK Group plans to reach by 2023. As the first stage of this plan, the first phase of a recovery CHPP using blast furnace gas with a capacity of 150 MW was built at the metallurgical plant in 2011. The basic and detailed design for the construction of the CHPP was developed by Kharkiv Design Institute "TEP-SOYUZ".

This design is based on advanced solutions for the use of secondary energy resources, the implementation of which contributes to a noticeable decrease in the energy intensity of the plant's products and significantly reduces the carbon footprint. The use of blast furnace gas for the operation of power boilers at CHPP is equivalent to saving primary energy resources in the amount of up to 317 thousand tons of standard fuel per year.

The project has been awarded with the European Bank for Reconstruction and Development (EBRD) Environmental and Social Development Prize for achievements in the rational use of energy resources and environmental protection.

Metallurgical plants in Ukraine and Kazakhstan also show a keen interest in using by-product gases of metallurgical production. Over the past year, TEP-SOYUZ has completed several feasibility studies for the reconstruction of existing or construction of new CHPPs, allowing our clients to use by-product gases of metallurgical production as efficiently as possible, replacing expensive natural gas in steam boilers to generate heat and electricity.

In particular, three possible configuration options for power facilities have been assessed for Azovstal Iron and Steel Works:

As the analysis shows, a power plant using a steam cycle is the most energy efficient and economically justified technological system for utilizing by-product combustible gases of metallurgical production, which ensures a reduction in greenhouse gas emissions, environmental pollution and dependence on fossil fuels.

Natural gas will be used only for kindling the boiler. The plant will provide the necessary electricity for its own production and reduce harmful emissions into the atmosphere.

For TNK Kazchrome JSC two options for a steam power unit were considered in the feasibility study, including a power boiler unit operating on ferroalloy gas/a mixture of ferroalloy and natural gas:

The developed feasibility study provides for reaching the design capacity in 2025, the supply of electricity for own needs – 736.03 million kW/h for the first option and 727.83 million kWh for the second, which will give an economic effect of more than $30 million. 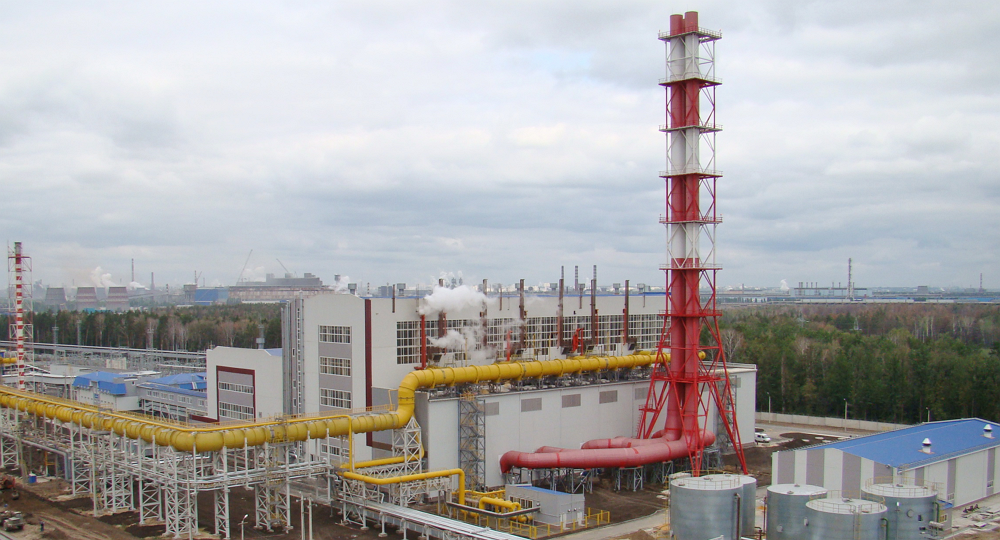